For many women, our breasts make us feel sexy and feminine; having a mastectomy takes that away from us; for those who have undergone gender reassignment surgery, this treatment completes their journey.

Suppose you are a breast cancer survivor and had reconstruction surgery or someone who has had gender reassignment surgery. In that case, you will likely be left with disfigured nipples or none at all, which can sometimes be triggering, dysmorphic, or generally upsetting.

For those wanting a sense of normalcy back in their lives, there is the option to get an areola tattoo that will reconstruct your nipple using a pigment to make it appear more natural and realistic.

Much like a body tattoo, this treatment uses the ancient art of tattooing to reconstruct the nipple area to the extent it needs recreating. We recreate a 3D nipple, areola, or even camouflage augmentation scaring around the areola using specialized tools, techniques, and artistry.

We offer several different types of treatments for the breast, depending on your individual needs.

People consider having an areola tattoo for a variety of reasons: 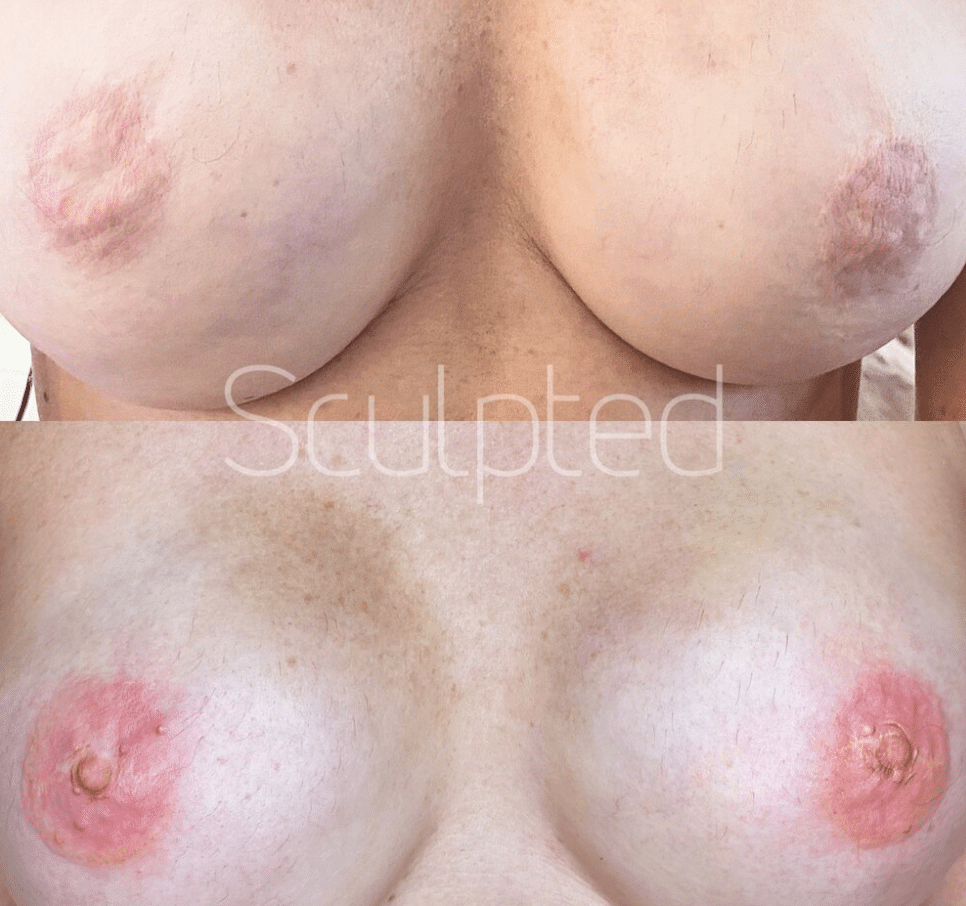 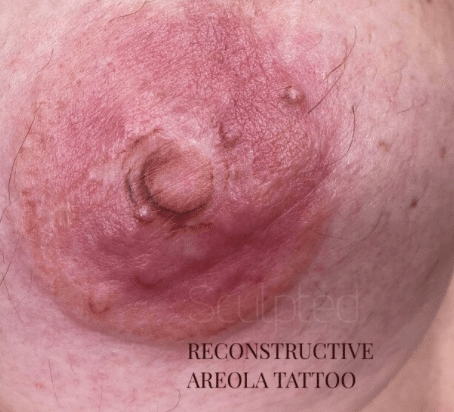 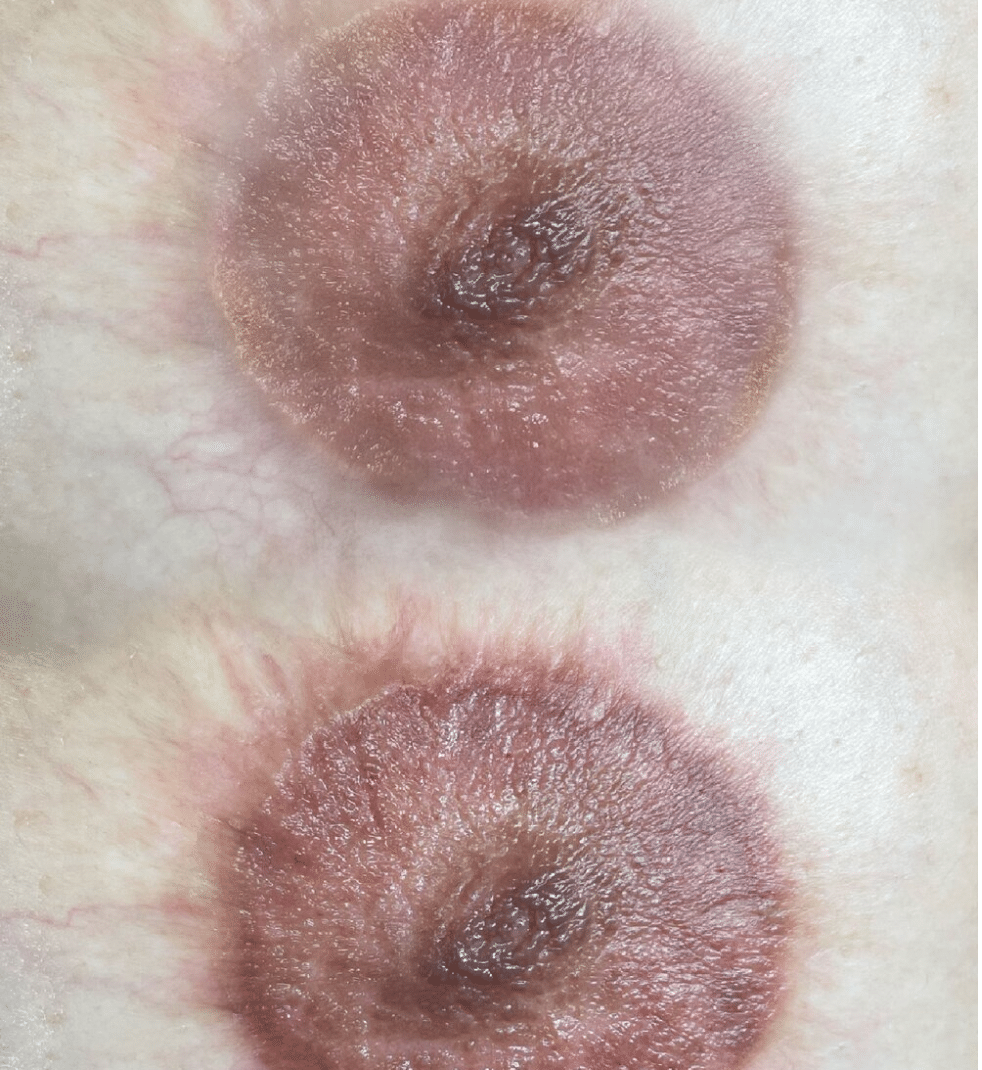 On the day of the procedure, you will want to wear something comfortable, including a comfortable bra. Please bring any photos you may have of your breasts prior to surgery. There is no need to worry if you do not have any; they are not compulsory.

Will I have pain during the procedure?

Think ahead; you can do a few things prior to the Mastectomy to help you with your Areola Reconstruction Procedure.

The areola tattoo will be covered with a dressing. You will be given your aftercare and instructions.
Will I need another appointment?
This process is usually complete in one appointment. However, in some cases, you may require an additional touch-up session depending on your personal healing process. If a follow-up session is necessary, you will need to return in 4-6 weeks.